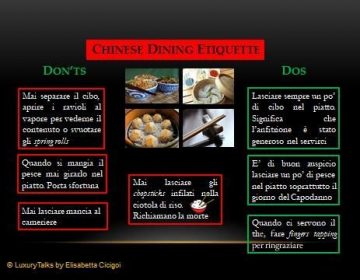 Please, have a look at my interview to Corriere della Sera

The importance of business etiquette in the future job market 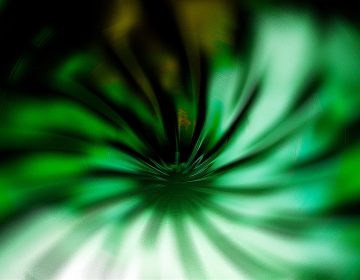 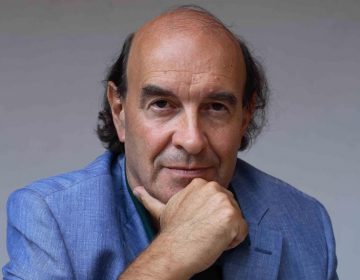 Possessing the capability to recognize beauty

Acquiring and possessing the capability to recognize beauty is the true luxury. This is the idea behind the latest book by Stefano Zecchi “Il lusso”, published by Mondadori, an original, short essay that examines the different acceptations of aesthetics, from ancient Greece to the present day. Can you define the binomial luxury – aesthetic education? … Continued 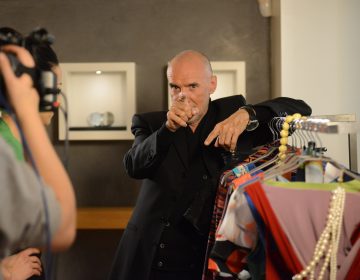 The luxury of knowing how to be coherent

At the outset of his career Diego Dalla Parma was defined by the New York Times as “the prophet of Italian make-up”. When I met up with Diego Dalla Palma we were on the eve of his new Italian TV show“Come si cambia – Celebrity” and I asked him if women only really needed to … Continued 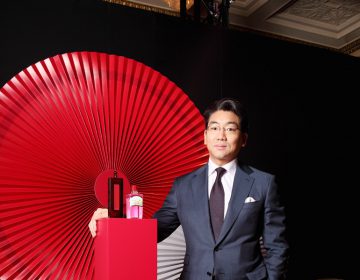 The vision of Gonta

Gonta Kashio, Head of Business Department of Shiseido International, is the expression of that politeness and kindness typical to Japanese culture. In speaking with Gonta Kashio I was surprised to learn that the Shiseido cosmetics house was founded 140 years ago, precisely in 1982 in Tokyo in the elegant Ginza quarter of the city. But … Continued 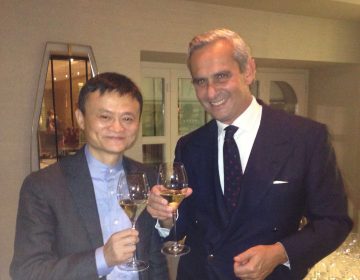 If I were to compare Rodrigo Cipriani Foresi to a painting I would have no second thoughts: it would be to a Giacomo Balla. Speed, enterprise and an eye to the future are his personality traits and his experience demonstrates it.   Former CEO of MediaShopping, in 2001 Rodrigo Cipriani became Country Manager for the … Continued 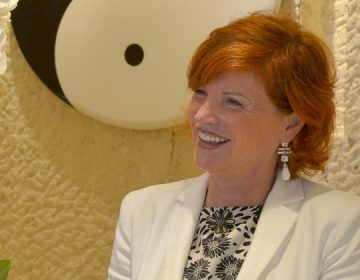 “Being healthy is the true luxury”

To have free control over one’s own time is the true luxury. If this freedom provides you with the opportunity of looking after your own wellbeing, then your perception of luxury increases even more. I experienced this perception recently over a long weekend, during which, responding to a kind invitation by Arianna Risatti, I was … Continued 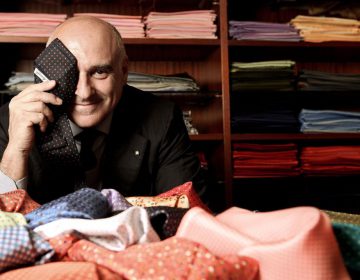 “Too many wrong ties” goes Paolo Conte’s old song. Maurizio Marinella  of E. Marinella knows something about this, who with typical Neapolitan verve told me an anecdote.  One day a client came to his shop in Naples in a shimmering bronze dinner jacket, asking for the right tie to match. Maurizio’s answer: “Sorry, I wouldn’t … Continued

Possessing the capability to recognize beauty

Acquiring and possessing the capability to recognize beauty is the true luxury. This is the idea behind the latest book by Stefano Zecchi “Il lusso”, published by Mondadori, an original, short essay that examines the different acceptations of aesthetics, from ancient Greece to the present day. Can you define the binomial luxury – aesthetic … Continued 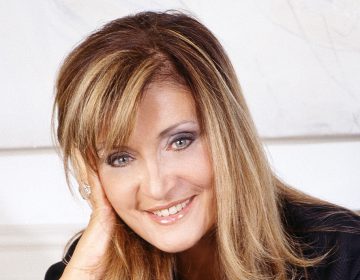 Luxury? Knowing how to transmit emotions

Maria Luisa Trussardi appears a highly reserved and discreet person. During my brief encounter with her, faced with my surprise in learning that the Trussardi group has several employees that have been faithful to the company for over thirty years, her answer was laconic: ”One should know how to thank ones staff”. On the concept … Continued 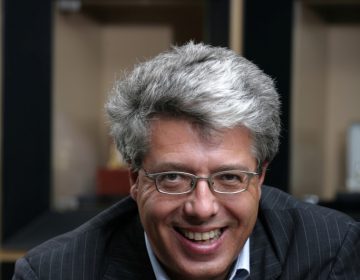 Cutting out ones own “mental time”

My encounter with Cesare Verona, during an event at the Milan Triennale, was characterised by irony. He didn’t have a pen with him so I lent him my Montblanc. You can easily imagine the guffaw of laughter that followed when he introduced himself as the President and CEO of Aurora, the timehonoured company of writing … Continued 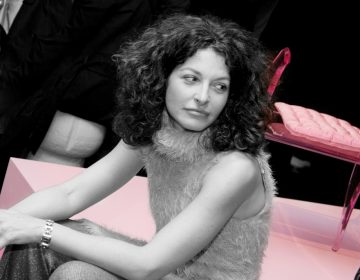 The luxury of caring for details

Francesca Terragni was born and lives in Milan, where she met the LVMH Group and began her career in the world of luxury in 1998. After having covered the role of Marketing Head for Christian Dior Parfums, since 2003 Francesca Terragni has worked as Marketing and Communications Director for Italy for the  Maison de Champagne … Continued 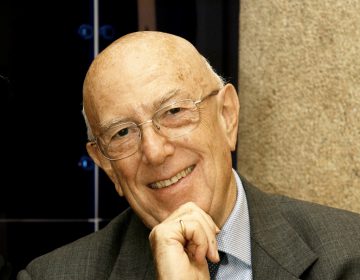 The pairing Luxury-Milan inevitably evokes fashion, via Montenapoleone, the fashion weeks so deftly organized by the Camera Nazionale della Moda Italiana of which Cav. Mario Boselli is President. If I were to  pinpoint a distinguishing trait of Cav. Mario Boselli I would have no doubts: the smile with which he greets people on every occasion, … Continued 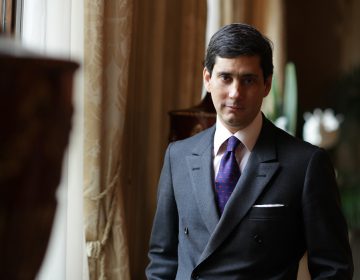 Luxury is knowing how to be discreet

Paraphrasing the title of a known film, I can say  that my encounter with Davide Traxler  was a “Breakfast at Chopard’s”.  CEO of Chopard Italia, Davide Traxler welcomed me in my early morning visit to his store in via della Spiga with a deliciously fragrant cup of coffee. Impeccably dressed, he presented himself smiling and … Continued 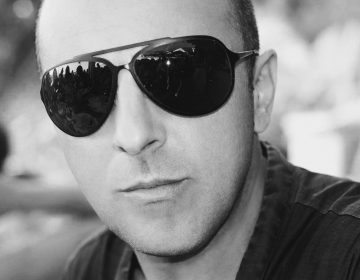 Enrico Labriola is used to photographing luxury. His photographs, already present in the historic Grazia Neri archives, are now part of the agency Getty Images, the top photo agency in terms of the number and high standing of the professionals on its books. At the annual charity auctions that Sotheby’s Milan organizes for the non-profit … Continued 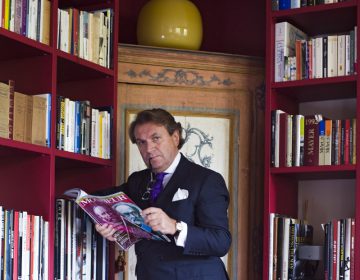 Before getting to know Franz Botrè, I already knew his creation: the magazine Monsieur. Tied to the world of luxury and mainly aimed at a male audience (even though women also enjoy reading it), Monsieur is a magazine that deals with curious, refined topics and is a pleasure to read both for the beauty of … Continued 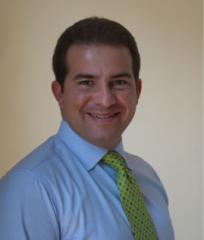 When you meet Giulio Stix,  Sales Manager for Italy of Belmond, one has the clear perception of dealing with a person immersed in future challenges, while anchored to solid principles that have their roots in a cultural and family heritage. Giulio Stix’s mode of presentation is always appropriate in every occasion and he perfectly incarnates … Continued 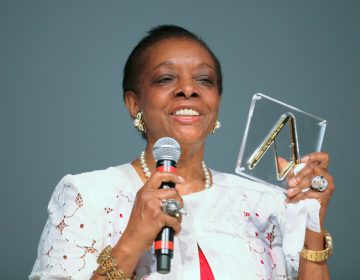 Luxury? Having a chauffeur and a masseur

If I were to find a locution for describing Marva Griffin I would have no doubt: continuously searching for talent. I first met Marva Griffi in 2007 on the occasion of Don Giovanni being directed by Gustavo Dudamel,  the Venezuelan infant prodigy of music. Marva Griffin, to celebrate the talent of her young, brilliant, vivacious … Continued 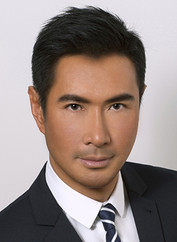 I met William Louey for a lunch at Milan’s Baretto restaurant. There is just one word that defines William Louey: unique Grandson of the founder of the oldest public transport company of Hong Kong, the Kawloon Motor Bus Co. Ltd, of which he is currently Director, William is not only an able businessman, but aboveall … Continued 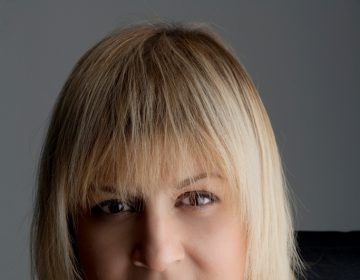 Fulfilling ones own wishes

Cathay Pacific has always been considered a five star airlines due to the high quality of its services. Customer care is impeccable: the courtesy and efficiency of the personnel, the broad variety of its entertainment services, its special travel kit, designed by French fashion designer Agnes B. and containing excellent cosmetics of the American brand … Continued 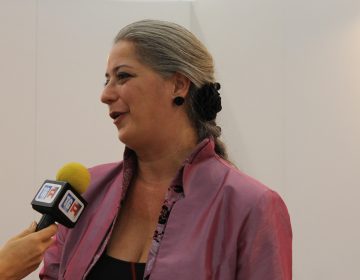 For almost 30 years the naturopathist Annamaria Previati has been welcoming loyal customers, even openly famous ones, in her Milan studio, “to ‘cuddle’ and care for them” (as she loves saying), with surprising aesthetic effects. The term welcoming  here is truly appropriate, not only because of the homely appearance of her studio, but aboveall because … Continued